It’s all in the Name

December 20, 2021
Two weeks ago, we hosted a lovely newly wedded couple for dinner.. Among the many conversations we had was about how complex life can be when one needs to undertake a name change - an addition or an edit rather! He grew up believing that his name was spelt uniquely signified by birth certificate and many other subsequent documents cos his parents desired so.. (even though his name is a simple one! Hint - a famous comic character we all grew up watching) Imagine his dismay, when he finds out his mom addressed him with the common spelling, at least on the contact list on her cell phone!!! All those years of correcting people to add the right vowels at the right place and convincing them, there was a reason behind the complexity in thy name flashed before him as he threw up his arms in the air as his mom sat there giggling it seems! This was further accentuated with a saga of having his middle name noted in some documents, while it went missing (either by design or by default!) in ma
1 comment
Read more
February 08, 2021 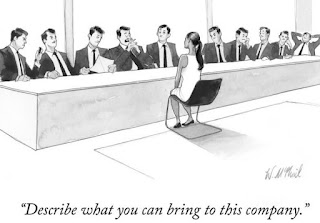 Choose to Challenge It was sixty-one years ago, in 1960 when Sirimavo Bandaranaike was elected as the Prime Minister of Sri Lanka (then called the ‘Dominion of Ceylon’). Forced into politics after her husband was mercilessly assassinated, Sirimavo led the young country for close to five years until 1965. Touted as the first woman leader in the modern world , she was succeeded by Indira Gandhi being elected as the Prime Minister of India in 1966, followed by women leaders from China, Israel, Argentina, Central African Republic taking up as the Head of State / Government in their respective countries. Of course, our generation grew up hearing stories about the infamous ‘Iron Lady’ who was elected as the Prime Minister of UK in 1979 who led for close to a dozen years! Fast forward to 2021, we have 24 women actively leading countries across the globe, and yet we waited unabatedly, fingers crossed for Kamala Harris be sworn-in as the FIRST Vice President of USA . Sat 9000 miles away,
Post a Comment
Read more

May 31, 2020
As part of a brilliant initiative to stay connected and share knowledge using OneNote initiated by a team member, another colleague of mine raised a challenge and asked me to write an article on the above said topic!  The one person, I must quote is undeniably Dave Olson Ulrich - the Management Educator & Guru who's had a HUGE influence on all things HR for me and millions of us HR professionals!  In his 2005 best-seller ' The HR Value Proposition ' co-authored with Wayne Brockbank  and through his various works & lecture series (including a controversial stand in 2016 where he challenged if organizations really required HR professionals!!), Dave has been questioning HR Leaders and practitioners on #HowWeAddValueAsHR.  The infamous Dave Ulrich HR model  goaded us HR professionals to alternate our focus on  Strategic and Operational topics while striking the right balance between Processes & People. In turn, we realized we add value only when we alternate p
Post a Comment
Read more

Corona Chronicles #5 You Wonder Women, you..

May 08, 2020
So as we head into 'Week Infinito of the Lockdown'  (or so it seems!), I hope we women have learnt the numerous skills we clearly did not have an inkling for and/or  realize we needed , in the past 2 - 3 - 4  decades of our lives   ..  I mean what has #Covid19 taught us if we have not been able to tick a bucket list such as this one on a daily basis to be a #WonderWoman.. Do 20 burpees right after waking up as the kettle boils and you ready yourself for B artan, J haadoo,  P ochaa! Cook 60-minute crockpot meals that put the Michelin 7-star chef to shame! Keep a neat germ-free home (includes a spotless kitchen sink and nice smelling bathrooms) even though your children think it's an endless vacation with minimal caveats and leave food & belongings all over!  Bake those insta-worthy pastries and cup cakes! Continue excelling at work while competing and running neck-to-neck with the girl-next-door / man-next-door who claims s/he's never been more effectiv
1 comment
Read more

April 19, 2020
So let me admit "choicelessness" is actually NOT a word approved by Oxford, Cambridge, Thesaurus & co! There's noiselessness  and voicelessness that comes up as close choices! And yet I stick to a grammatically incorrect word ... Because That's exactly what the world seems to be okay with, no? Incorrect actions of covering up a public health situation for months on end by one of the world's super power,  Incorrect actions of a supposedly apolitical organization (that the entire world looks up to), disseminating this propaganda,  downplaying the extent of the disease and possibly even delaying ordering a global health emergency situation, and Incorrect actions on the part of governments across the world - Incorrect Decisions , rather the Indecisiveness that has led to a disruption for billions of people's way of life, caused millions of people unemployment and tens of thousands of families death of and / or separation from their loved ones! Covid
Post a Comment
Read more

#CoronaChronicles #3 Being a Working Mommy

April 05, 2020
So clearly finding yourself among the never-finishing-the-never-ending-to-do-lists-working-mommy makes you question your skills and efficiency every waking moment of the day! Thanks to #SocialDistancing i.e. #ForcedHomeArrest, you stare at your laptop or glare at the floor (or the sink!) - And there's ONLY one constant - There's some MORE to do! So what has the 3-4+ weeks in Quarantine done to many of us workin' mommies: 1. Auto-installation of Bai2.0 skills - The moment you open your eyes in the morning, the software (re) loads itself and helps us make strategic decisions such as - Bhaandi (dishes) 1st or Jhaadoo (sweeping) 1st! Mopping too or laundry only, today!? And with these WMD - Weapons of Mass Grime & Dust Destruction, you've never felt more powerful! P.S. Let's remember to uninstall the software post April 15 i.e. whenever Big Boss decides to allow the 'Real Bai' into our homes :D 2. Auto-upgrade of Yelling 3.0 is paired with Bai2.0 -
Post a Comment
Read more

March 28, 2020
So clearly the 100-to-dos-a-day-abiding off-springs find themselves as 'Confused as a Gazelle', thanks to #SocialDistancing i.e. #ForcedHomeArrest! For they can SEE THE Garden but CANNOT PLAY in it; It's #SummerTime AND their friends and them are all 'home', yet aren't allowed to get together on play-dates! So what has the 2-3+ weeks in Quarantine taught some of us parents: There's a reason Indian Mythology put Teacher (Guru) before God (Daivam) - How and we mean HHHOWWWW do these (super) women manage 25-40-50-70 of the species which share characteristics similar to those of our off-springs all at the same time! With just 2-in-tow, in 24*7*16, the increase in voice decibels and the number of such episodes per day seem threatening and injurious to the health of the people at home and those of our neighbors too! And not to forget the endless reams of school work that remain untouched.. "Oh Amma, we have the rest of the summer break to finish th
Post a Comment
Read more
More posts